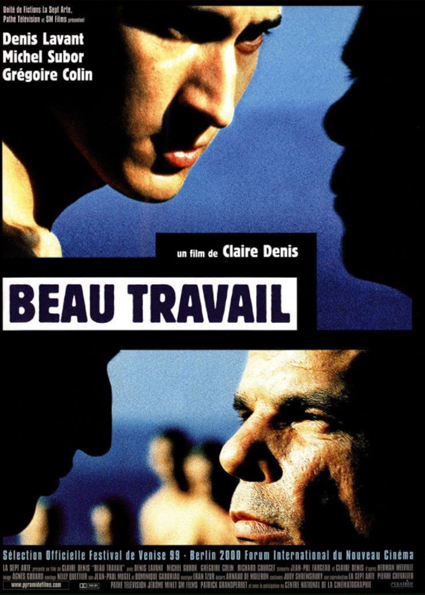 Beau Travail (pronounced [bo tʁa.vaj], French for "good work") is a 1999 French film directed by Claire Denis that is loosely based on Herman Melville's 1888 novella Billy Budd.
The story is set in Djibouti, where the protagonists are soldiers in the French Foreign Legion. Parts of the soundtrack of the movie are from Benjamin Britten's opera based on the novella.